URGENT
"WAKE-UP" CALL
FOR THE CALLED-OUT ONES! 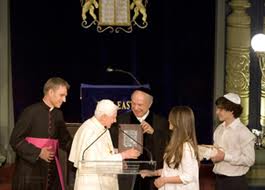 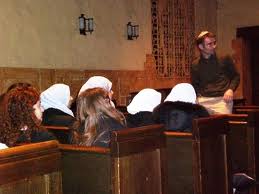 Dearest brethren of the Kehilah, and called-out ones of Israel,  may Yhwh's peace constantly descend on each one of you in the measure that you strive to honor and obey Him.  Sincere greetings and a kodesh embrace to the saints of the end-time assemblies: the remnant of Philadelphia, and those who at the very end will turn out "chosen and faithful" from the Laodicean congregation.   To the latter I strongly suggest you urgently heed to Yhwh's warnings through His servants worldwide before the start of the Tribulation.

As we know and are aware through Scripture's prophecies,  once the land of Juda begins to offer its sacrificies in Jerusalem again,  will mark the beginning of the 7-year countdown toward the return of Our beloved Kohen Ha Gadol and Melek  Yahwshua Ha Mashiach.  But before those animal sacrifies will occur,  prophecy indicates  that Judah  needs to be deceived by the modern nations of Efrayim (Europe and USA) and Assyria (Germany) into making peace with its surrounding nations  (the muslim/arab), and the resulting and infamous 7-year "Peace Treaty" must be signed by the nation-state of Israel and its enemies.

This covenant not of Yhwh will nevertheless give them partial rights to Mount Moriah which is where the ancient Temples were located, and where sacrificies will be resumed.   And there is very clear and definite information  that the peace agreement in reference is being drafted  at this very minute and that it might be out and in effect before the next Feast of the late harvest (in the autumn) that we commonly know as Sukkot.  We are trusting in Our Abba Yhwh that this turns out to be so even though we are well aware that the start of the sacrificies will mark the beginning of the much dreaded Tribulation.

This is vital and paramount information for the kodeshim of Yahwshua,  beloved brethren.  The remnant of Philadelphia will be taken to a "place of safety" where they will be nutured and protected for  1,260 days---amount of days which Scripture  shows equates to the time-period between the breaking of the peace covenant and the return of Yahwshua,  time-period that we know is called "The Great Tribulation"!

Three-and-a-half years,  "two times, a time and half-a-time,"  forty-two months and 1,260 years all add up to the same exact amount of time in Yhwh's calendar:  precisely HALF of the 7 years that lasts the combined Tribulation and latter Great Tribulation!   And the latter 1,260 days of that time period is precisely the time when the faithful remnant of the Kehilah ---specifically known as the philadelphians--- will not be "unprotected" like their fellow brethren the lukewarm laodiceans who in contrast are vomited purposely into it!

Now listen to the following very well, because the next time some of you might hear these very same words might be through the mouth of the Two Witnesses during the  Tribulation.   And  I can almost guarantee you that it will not be  as pleasant a time to hear and obey them them as it is now.   "Laodiceans" is the name Yhwh gives to ALL OF YOU  who might think are ALREADY RESTORED and AUTOMATICALLY SAVED simply because you accepted the hebrew Yahwshua and the validity of Torah.  And this makes up the vast majority of Torah keeping messiancs and their so-called orthodox christians counterparts.

Laodiceans do not move forward in faithfulness toward Yahwshua FAST ENOUGH.  They take things slowly, not because they are wise and patient,  but because they are SLOW and sluggish.  They like things to be smooth, soft and comfortable.   In fact their condition is that they have taken many things for granted.  They resist any doctrine that would imply a change must be made, and the smoothness and comfort of life they have been accustomed to seem jeopardized.

They  have become stagnant in their congregations and are not being edified with what it takes to endure three-and-a-half years of the worst  persecution and slaughter mankind has never seen and will never see again EVER!   They have not been edified buy their self-pacifying leaders whose only concern is to keep their fellowship in the present "zone of comfort" we have previously discussed.  For those of you unaware of the "zone of comfort,"  it is akin to staying in an oasis in the desert instead of moving on towards the promised land.

The laodiceans unfortunately  do not take heed of the warnings and admonishments being sent to them by the Ruah Ha Kodesh soon enough.   They have been self-deceived into thinking  those warning messages do not apply to them.   They erroneously assume the "church" or ekklesia mentioned in the greek bible translations are Efrayim.  So they supposse the warning messages being given by Yahwshua via his faithful servants are directed to mainstream christianity instead of to SPECIFICALLY themselves!

If all of these "they" mentioned here identify with  you, my dear brother or sister in Yahwshua,  then you need to follow Your Master's advice and command to BUY THE OIL YOUR LAMPS NEED DIRECTLY FROM HIM BEFORE IT'S TOO LATE.   And this can only happen if you recognize your nakedness, ingorance,  arrogance and BLINDNESS that has so far made you unable to see exactly where you spiritually stand in the  unflawed opinion of the Rabi and Master Yahwshua.   You have not seen this because your substitute "masters and rabis" in your messianic congregations have been telling you exactly the opposite.  Same goes for the brethren in the christian Torah-keeping fellowships.

Scripture advises  we are to aspire to,  and aim for,  the first resurrection being that it is "more holy,"  and these philadelphians are just that.  They are more prudent and  totally  commited and obedient  to our Master and consequently they are more righteous.  They are precisely what in other parts of the Word of Yhwh is inferred to as the "first harvest," and are also known as the remnant of the 144,000 who are to be "priests and kings" reigning with Yahwshua during the millenial kingdom soon to be established here on earth.

They are ready and have whitened their pure linen robes in time for the first harvest right before the start of the Great Tribulation which occurs midweek through the peace covenant.  Therefore, if the first harvest occurs in the spring,  and the philadelphians will be protected from the Great Tribulation which starts as soon as the peace covenant is broken,  this will should tell most of you how long the philadelphians have to prepare and whiten their robes before they are harvested!   And if all of this sounds chinese to some of you, that goes to prove how spiritually-anemic your religious leaders have made you so far with the watered-down  doctrinal trash you have been given as "truth"  and how desperately "in need of eyesalve from Yahwshua" you really are.

Therefore the Ruah Ha Kodesh urges the kodeshim to use your ears to HEAR the warmings and admonishments and your eyes to SEE your need to hear them and comply before half of you fulfill the prophecy of the five virgins who did not participate of the weddings!

May our beloved Almighty Father Yhwh and His Precious Son Yahwshua Ha Mashiaj hear the cries for guidance and grant mercy and  repentance to those who call on Him!

Your Brother and Servant in Yahwshua,