WHO ARE "THE SYNAGOGUE OF SATAN"? 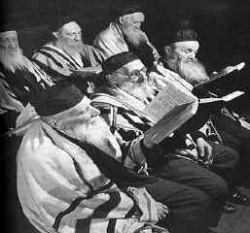 "I KNOW YOUR WORKS, AND TRIBULATION AND POVERTY, (BUT YOU ARE RICH) AND I KNOW THE BLASPHEMY OF THEM WHICH SAY THEY ARE Ysrayl (Israel) AND ARE NOT, BUT ARE THE SYNAGOGUE OF SATAN 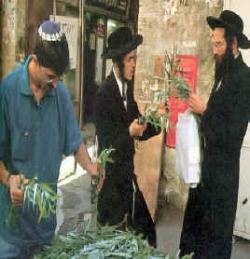 Revelation 2:9
2:9 "I KNOW YOUR WORKS, AND TRIBULATION AND POVERTY, (BUT YOU ARE RICH) AND I KNOW THE BLASPHEMY OF THEM WHICH SAY THEY ARE YSRAYL  (Israel) AND ARE NOT, BUT ARE THE SYNAGOGUE OF SATAN.

These two verses of scripture tell it all. They show the fact  there are people on this earth who are impostors of the Children of Israel, ..."those who say they are Israel and are not but do lie."

We all know there is a group of people who claim to be the ONLY true descendants of ancient Israel, and the world accepts them as Israelites. These people are known to the world as Jews.

It has been shown  to you with the aid of The Bible, history and archaeology, that these people who call themselves Jews and present themselves to be the children of Israel do indeed lie. Just as these two scriptures and all the others I have presented show. Revelation 2:9 and 3:9 can't be denied.  You can't   label this anti-Semitism  all the information has come from scripture, Revelation 2:9 & 3:9 are in your bible read them for yourself.

You can't label this "anti-Semitism"  because It has been pointed out that according to scripture, the Jews of Judaism are not the Biblical Israelites. Surely, I am not to blame for what was written thousands of years before I was born.

The fact is,  Yah has allowed me to reveal long forgotten, hidden  scriptural truths, in his appointed season.  For those of you who are reading this for the first time, praise The Most High your eyes have been open, now you must continue to learn this truth. Research this information for yourself.

All this information has been presented from scripture and history. If you still don't believe we are the true Israelites, then Yah has not given you understanding, yet. Let us move on we are not finish there is still more information to provide you with,  and maybe by the end of this site Yah will have open your eyes.  Those of you who can't see. 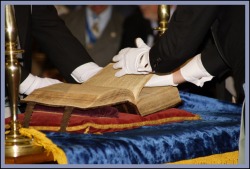 All the promises of a glorious kingdom on earth once given through the Jewish prophets to the Jewish people became void because the Jewish people as a nation did not fulfill the conditions of these prophecies. Failing to receive the glory that could have been Israel’s is probably the saddest story in literature. Placed at the crossroads of the ancient world, Elohim furnished them with every facility for becoming the greatest nation on the earth. Yhwh wanted to reward Israel with every physical and spiritual blessing as they put into practice the clear-cut principles that He had graciously taught them through His prophets (Deuteronomy 7, 8, 28).
The Old Testament records the sad story of how the vineyard of Israel produced, not the mature fruit of a Yahshua-like character, but “wild grapes,” a misinterpretation and perversion of what the Elohim of Israel was really like. “What more was there to do for my vineyard, that I have not done in it? When I looked for it to yield grapes, why did it yield wild grapes?” (Isaiah 5:4 RSV).

Even when the Jewish nation was suffering the bitter consequences of disobedience during the Babylonian captivity, Yhwh mercifully promised that a restored Israel was possible and that there was yet time to recover its special role as His representative on earth – if it would honor His law and submit to His principles. Even then the Jews could have become, if faithful, the head and not the tail, in matters physical and spiritual; all nations would have looked upon Jerusalem as not only the center of wisdom but also the spiritual capital of the world (see Isaiah 45:14; 60:1 – 11).
When the Jews returned to Palestine after the Babylonian captivity, the promises given to Abraham and expanded through the writings of Moses and other prophets would have been fulfilled; the whole earth would have been alerted for the first advent of Mashiach, even as the way is being prepared for His second coming today.

Missed Their Last Opportunity.
These Old Testament prophecies that picture Israel dwelling in peace and prosperity, with all nations beating a path to her doors, could have been fulfilled 2000 years ago if they had indeed prepared the world for the first coming of Yahshua HaMashiach (see Zechariah 8:14). But instead of fulfilling their greatest assignment they missed their last opportunity, and Yahshua HaMashiach finally had to pronounce with irrevocable judgement: “O Jerusalem, Jerusalem, killing the prophets and stoning those who are sent to you! How often would I have gathered your children together as a hen gathers her brood under her wings, and you would not Behold your house is forsaken and desolate” (Matthew 23:37, 38 RSV).

Yahshua said "I leave your house desolate." Rather Jesus was referring to the third temple, or the house of Israel or both, His words do away with the modern theology that Israel is God's chosen people. To build a theology based on the contrary make Yhashua a liar.
Those who regard the establishment of the modern state of Israel as a fulfillment of those Old Testament prophecies overlook the fact that these promises were made either prior to their release from Babylonian captivity or during the rebuilding days soon after their return. Yhwh would have fulfilled these promises if Israel had been faithful and obedient to the conditions on which the promises were made.
Although Yhwh promised a “second chance” to Israel after their failure leading up to the Babylonian captivity, He promised no “third chance” to them after their final rejection when their Creator Himself “came to his own home, and his own people received him not” (John 1:11 RSV)

But Elohim  did not give up, even though Israel as a nation had failed Him. Although corporate Israel no longer was to function as Yhwh’s special agent, the individual Jews who received and obeyed Yahshua would constitute the new organization through which He would now work.
Paul describes this remarkable transition in Romans 9 to 11, where he appeals to individual Jews (such as himself) to respond to Yhwh through Mashiach, join those Gentiles who have found in Him the solution to their anxious, sinful condition, and together arouse the world to the simple fact that Yhwh wants to make an end to sin and its misery by setting up His eternal kingdom composed of those who have found in Yahshua the promised Saviour.

Those who preach and teach the erroneous "traditional rapture" doctrine are purposely or ignorantly misleading multitudes. Among these nevertheless  apostate preachers are proxies and agents for those who want to establish a New World Order (NWO).  Be very careful who (which humans) you give ears to!